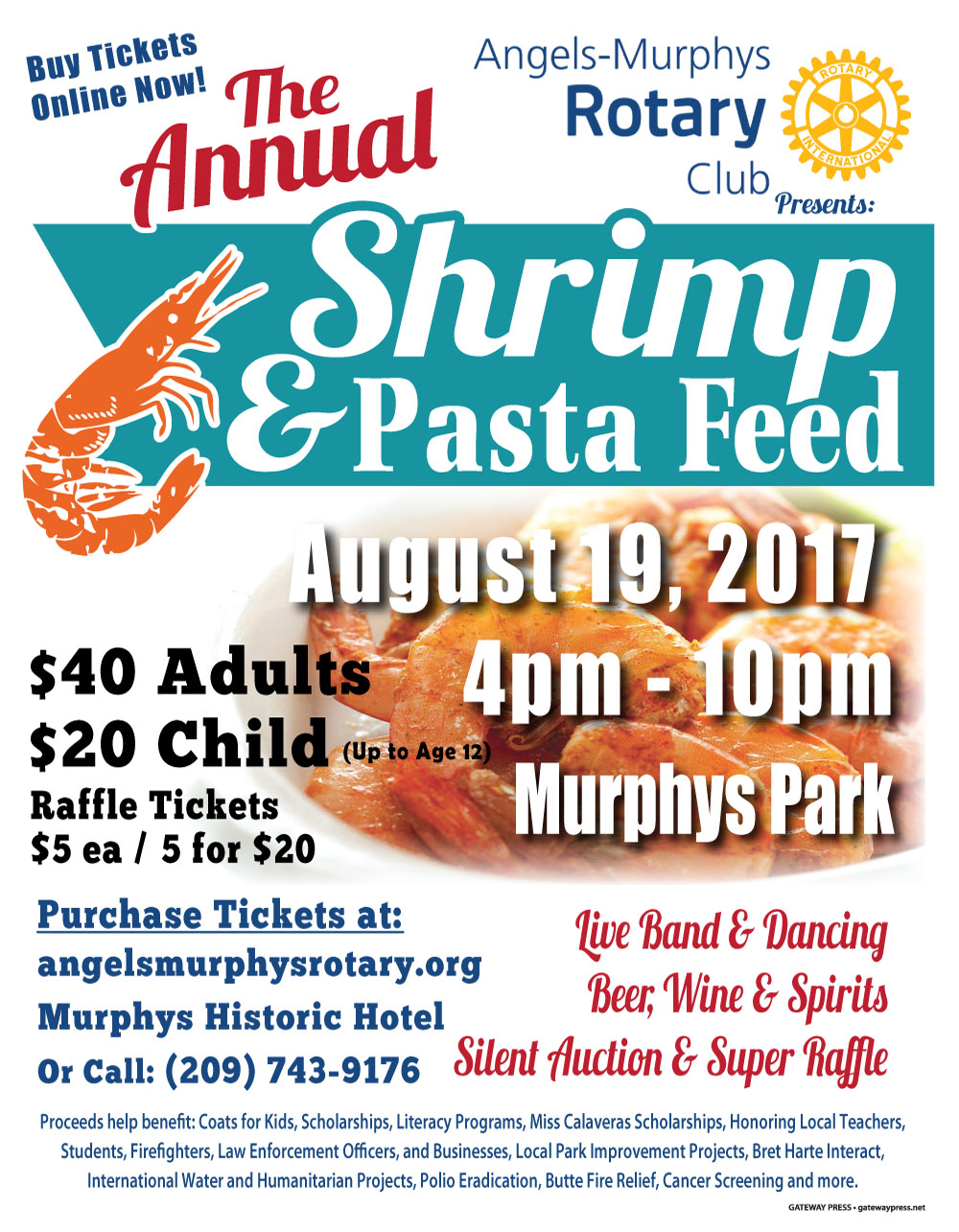 August 19, 2017 – Angels-Murphys Rotary presents The Annual Shrimp (& Pasta) Feed! – In support of our community service work, please join us for an All-You-Can-Eat dinner with 3 kinds of shrimp, live music, dancing, silent auction, super raffle, full bar… this event is legendary! 4-10pm – Get your tickets at squareup.com/store/angelsmurphysrotary.

August 20, 2017 – Sunday Funday at Ironstone Vineyards – Starting July 9, we will serve mimosas in our tasting room on Sundays between 11am-5pm!

August 20, 2017 – Whim Sip n’ Paint at Milliaire – Join us at the tasting room from 11am to 1pm for a little paint, a little wine & a whole lot of fun! With the expert guidance of local artist Mary Sexton of Whim, we will create our very own magnificent 16×20 paintings while enjoying delicious Milliaire wines ON THE CREEKSIDE PATIO! Space is limited, purchase your tickets before it’s too late! 209.728.1658

August 21, 2016 – Eclipse Day – On Monday a total eclipse will cross the entire country, coast-to-coast, for the first time since 1918. Weather permitting, the entire continent will have the opportunity to view an eclipse as the moon passes in front of the sun, casting a shadow on Earth’s surface. People in the Mother Lode should be able to see a partial solar eclipse with the moon covering part of the sun, sometime between 10 a.m. and 11 a.m.  Get more information at eclipse2017.nasa.gov/safety.