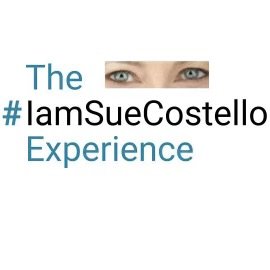 “Sue Costello is an incredible talent. I LOVED this show!”
Patricia Clarkson.

For once, the hoariest cliches of rave reviews I laughed! I cried! Actually apply to this show.

What’s especially striking about that show is that it isn’t simply a Mike Birbiglia-style monologue about her life or a series of quick impressions, but an actual touching and funny solo play about her life in which she’s playing herself at different periods in her life. On stage, she converses in her solo act with real-life characters we can’t see but whose presence is as real and riveting as hers. Local Boston papers aren’t simply championing a home-town girl but heralding a major comedic and playwriting talent: The Boston Herald called the show powerful, thanks to Costello’s frank charisma and her ability to mingle humor with tragedy and the Quincy Patriot Ledger proclaimed that Costello rivets the audience with a comics gift for delivery and wit and an actress skill with emotion. At the risk of seeming excessive in praise of Costello, her one-person show is the best combination of genuine poignance and rollicking humor since the pioneering stage work of Lily Tomlin and early Whoopi Goldberg. She could easily have done a great one-woman show filled with the sort of amazing and hilarious stories of her life she told Marc Maron on a podcast after she reemerged into the spotlight with a supporting role as a feisty Southie in the movie The Fighter. Instead, she has created a play that is told through scenes, re-enacted by an actress with extraordinary range.