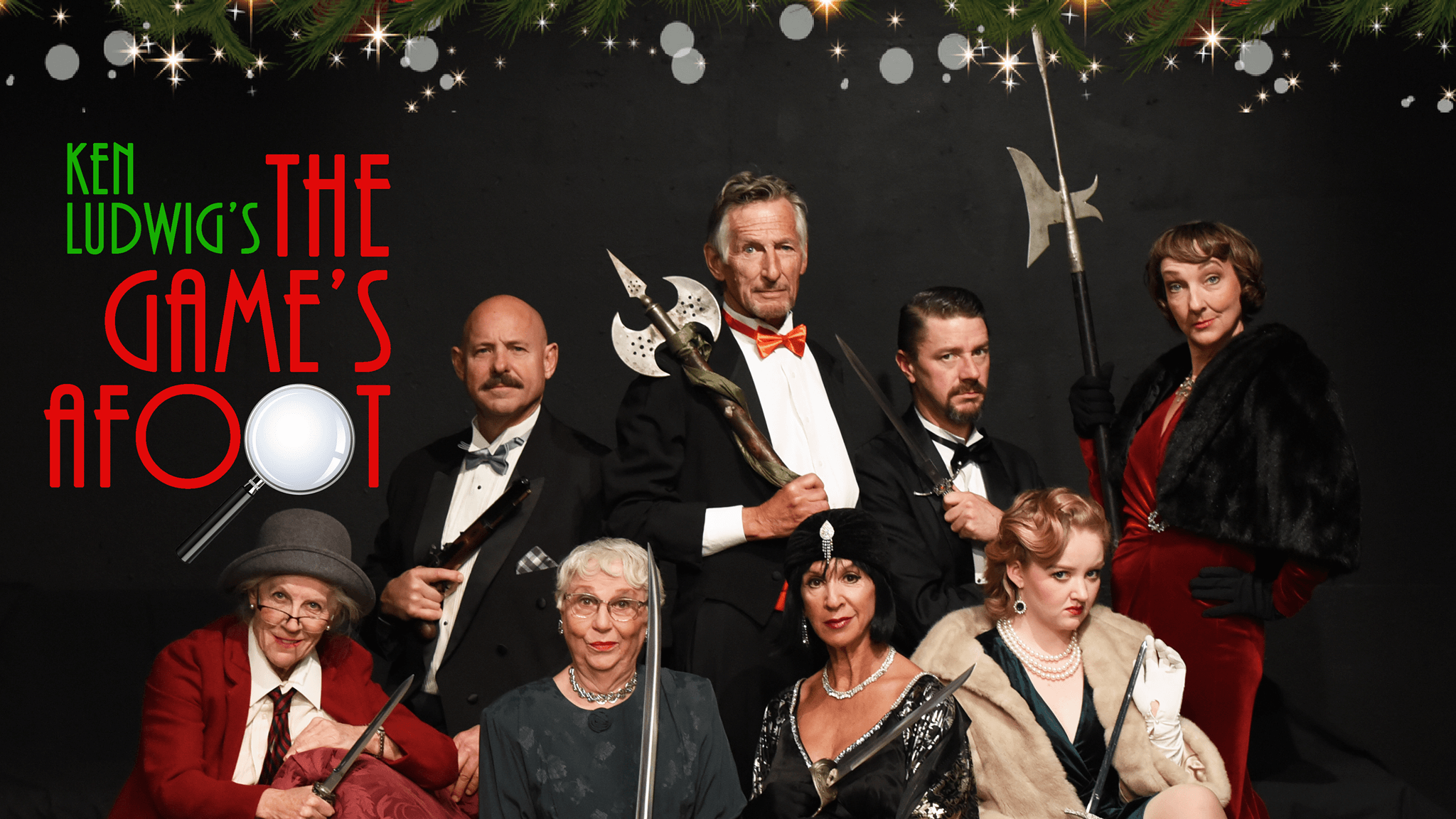 An event every week that begins at 7:00 pm on Thursday, Friday and Saturday, repeating until December 14, 2019

Take a suspense thriller worthy of Sherlock Holmes, wrap it in a stylish screwball comedy, set it at Christmastime and you get the holiday whodunnit “The Game’s Afoot”.

William Gillette, a Broadway superstar, famous the world over for his portrayal of Sherlock Holmes, has invited fellow cast members to his opulent home for a holiday dinner party. But when one of the guests winds up dead, Gillette finds himself at the center of a mystery that might have stumped Holmes himself and now he must summon every ounce of Sherlock to solve the mystery.

Just for the record…There really was a William Gillette. He really did become immensely wealthy by writing and performing in a play about Sherlock Holmes. He really created the image of the great detective that we hold dear today. But that’s where any semblance of reality ends.

It’s Holmes for the Holidays this Christmas season! Who did it? Who will be next?
See “The Game’s Afoot” and find out. And have yourself a hearty holiday laugh too.