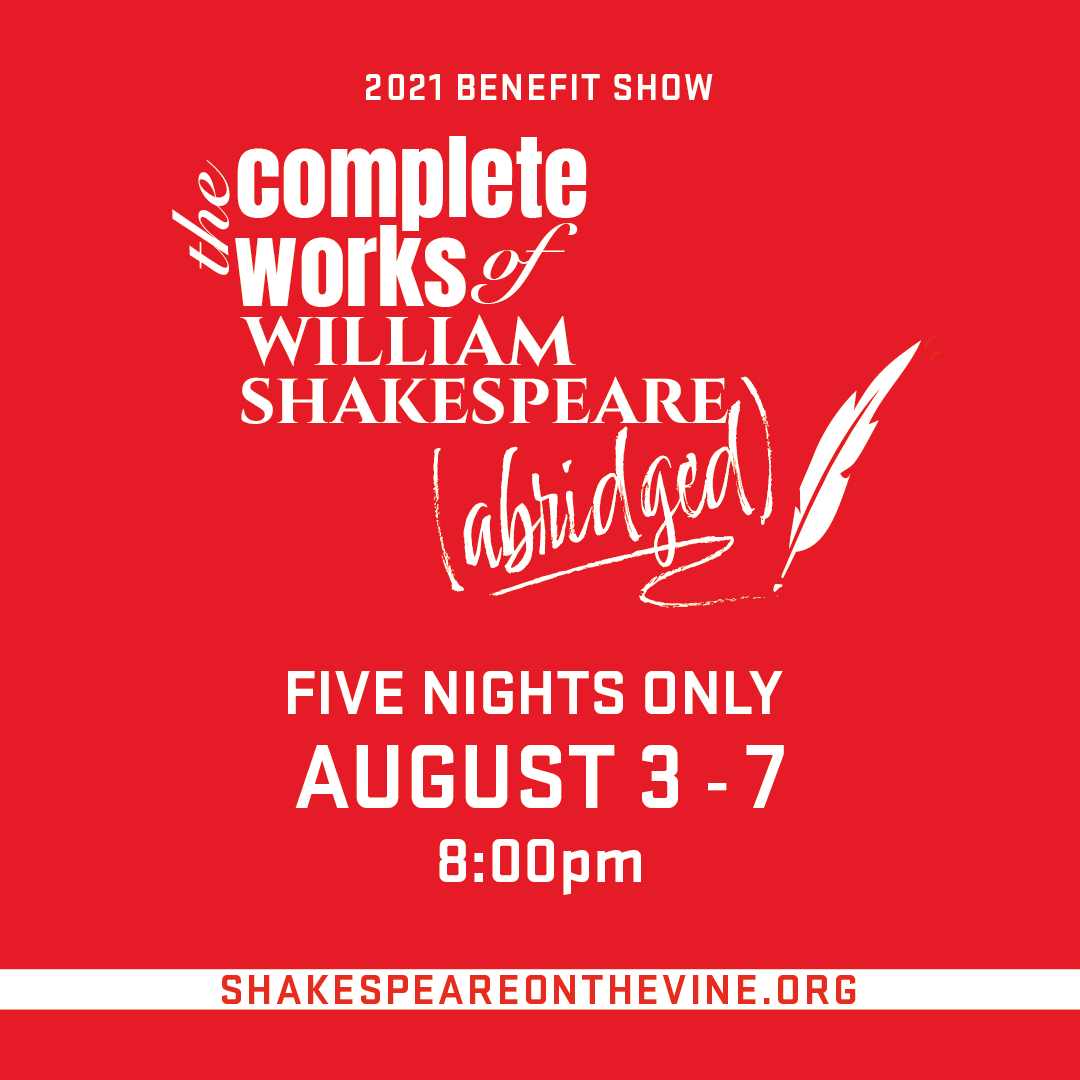 Shakespeare on the Vine Theatre Company is producing a short engagement Benefit Show this summer from August 3-7 at 8pm at Brice Station Vineyards. The impact COVID-19 had on this small theatre company was significant. The ticket sales from this summer’s benefit show will directly help the full-scale Shakespeare production the company is planning for the 2022 summer.

The show is a popular parody play titled The Complete Works of William Shakespeare (abridged), written by Adam Long, Daniel Singer, and Jess Winfield. The play originally premiered at the Edinburgh Fringe Festival in 1987, went on to 9 record-breaking years in London’s West End, and has maintained its popularity for the last 30 years.

The play is a hilarious, irreverent, and fast-paced romp through the Bard’s extensive cannon. Three madcap actors in tights weave their way through all of Shakespeare’s Comedies, Histories, Tragedies, and Sonnets in a wild 90 minutes. Each performance promises to leave the audience breathless with laughter. Directed by Tara Kayton, the cast will feature the hilarious and talented Tyler Mattson, Clocky McDowell, and Elyse Sharp. These three actors deftly juggle props, costumes, and the entirety of Shakespeare’s cannon over the course of this play. For some instances of bawdy and/or suggestive language or action, this play is best suited for audiences ages 12 and up.

Tickets are currently on sale!