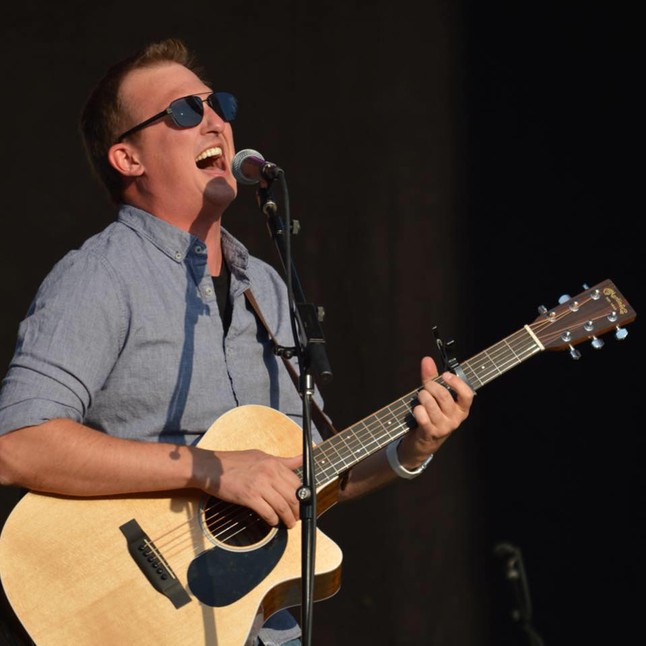 SATURDAY MAY 25
GROVER ANDERSON & THE LAMPOLIERS

**SPECIAL** 🎉 If you purchase tickets ahead of time – Online or in the Tasting Room – to our Grover Anderson concert on May 25th, you’ll receive a FREE download of Grover’s new album, The Frontman! Tickets must be ordered by May 22nd to receive the free download, which will be emailed to all recipients on May 23rd, the Thursday before the concert. That way you have time to check out what new songs you may hear on Saturday night! 🎶

“Raised in the historic gold rush hills of Calaveras County, Grover Anderson writes americana songs that tell stories of love, loss, and frontier mischief. After extended stays in Santa Barbara, LA, and Oakland, Grover and his family returned to Murphys to reconnect with the small mountain atmosphere that provided such inspiration as a youth. Living in California’s vastly varying environments provided ample material for his three self-produced albums: Tourniquet (2011), The Optimist (2014), and From the Pink Room (2017), which was named the #2 album of the year by music site Independent Clauses.

While he loves sharing his recorded music (he currently has over 2 million streams on Spotify), Grover’s true passion is live performance. Whether performing solo with his acoustic guitar or with the full band behind him, he channels musical heroes like Garth Brooks and Josh Ritter, leaving everything he has on stage. He is a passionate performer who grows his fanbase with every gig, be it for a wine bar of thirty or an amphitheater of thousands.” – from the Grover Anderson website