Live At the Winery in Vallecito: This Saturday, August 25th at 7:30 pm…

Swinging gracefully between bluegrass, jazz, classical and Brazilian musical styles, Mike Marshall is one of the world’s most accomplished and versatile mandolinists. He began his career as a member of The David Grisman Quintet in the 1970s and has toured and recorded with Stephane Grappelli, Mark O’Connor, Chris Thile, Joshua Bell, Edgar Meyer, Darol Anger, Tony Rice, Jerry Douglas and Bela Fleck. 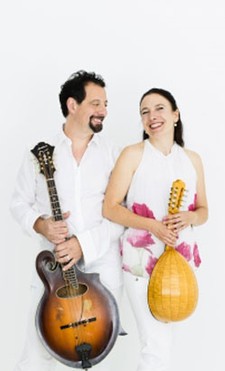 Told you it was a good story!

Tickets are just $29** in advance. Visit twistedoak.com/marshall to see some videos, learn more, and purchase tickets!

We look forward to seeing you here! – El Jefe